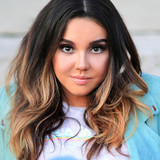 Country singer/songwriter Kaylee Rutland continues to earn a name for herself among Country fans and industry supporters; she was named Country Living Magazine’s “Artist to Watch” and Billboard Magazine’s “Top 10 Artists to Watch.” Her traditional country vibe mixed with today’s cutting edge sounds to form a uniquely irresistible style that flows perfectly with her down-to-earth, humble charm. Her latest EP, “That Side of Me” was featured as iTunes and Apple Music's “New Music” with “Pick Me Up” named as a “hot tracks” following their releases. The official music video of “Pick Me Up” shot by the award-winning Kristin Barlowe and produced and co-written by Grammy nominee Jamie O’Neal is now playing on Country Music Television, The Country Network and Great American Country. Many of Kaylee’s hit tracks have continued to receive strong airplay on Radio Disney Country. Rutland’s music makes an unmistakable connection with listeners. She finished in the Top 10 of the inaugural Nash Next competition thanks in large part to her fervent fans and remarkable engagement levels, which resulted in accompanying Warner Music Nashville’s RaeLynn on tour in 2016. The way she sees it, every step she takes in life is something to savor and celebrate. With an attitude and perspective like that, it’s easy to see why she’s so good at creating so many smiles. Upon completion of her degree from Belmont University in Music Business this fall, Rutland is committed to her music full-time.