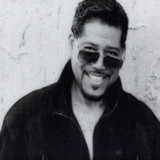 Paul B Allen III was born in Omaha, Nebraska, and raised in San Bernardino, California. Early on, Paul became the lead singer of the band, "Raw Sugar" a group established by his younger brothers, Corey and Milo. In a very short time, the band developed a tremendous following in the Southern California area. Sometime after the "Raw Sugar" days, ex-James Brown saxophonist, Dr. Larry "T-Byrd" Gordon, heard Paul singing and was "knocked out" by his smooth vocal phrasing. T-Byrd immediately asked Paul to join his band. Paul has performed at The Kennedy Center, backed by the National Symphony Orchestra, in Washington, DC. He has also performed for The Royal Family in England; Prince Albert

of Monaco; and The President and First Lady of Fiji. Paul was also invited to the White House to perform for the President of The United States of America. Paul is