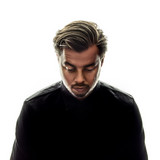 Quintino will always bring good vibes and a lot of energy with his sets. After conquering the Dutch club scene, the young DJ started making big steps. In 2011, Quintino released ‘Epic’ with Sandro Silva which became platinum. In the past years, Quintino released major hits like ‘Freak’ (50mln streams) and ‘I Just Can’t’ (100mln streams) together with fellow Dutchman R3hab, followed up by great collaborations with Alok, Cheat Codes, Deorro, Dimitri Vegas & Like Mike, Hardwell, Nervo and Steve Aoki.   2018 couldn't have started any bigger for Quintino releasing another track with Hardwell called 'Woest', a follow up on their earlier collaborations ‘Baldadig’ and ‘Scorpion’. On top of that he dropped two collaborations

'Slow Down' and 'Patser Bounce' with Dimitri Vegas and Like Mike. In March Quintino released, a new GO HARDER EP and a collab with Steve Aoki called 'Mayhem', which has hit over 50mln streams on Spotify. 2019 was a very special year as Quintino released his very first album called 'Bright Nights', which has already streamed more than 100mln times! This album is a milestone in his career and underlines the various sounds Quintino has released throughout the years. Giving the fans lots of big room bangers but also different vibes.   His successful career has led to Quintino climbing in the DJMAG top100djs for six years in a row. Currently ranked #33 on the list.   Management : Tim de Vries | tim@quintino.nl Bookings : Shirley Herst | shirley@aceagency.com