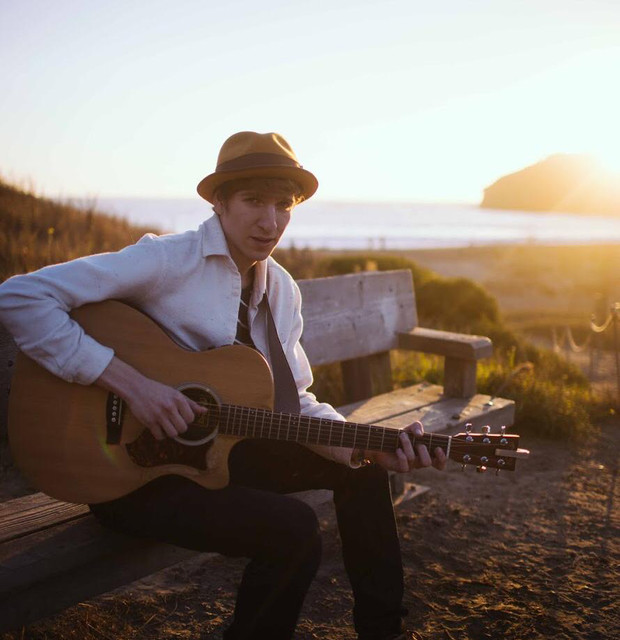 An emerging multi talented singer-songwriter and virtuosic guitarist based out of the San Francisco Bay Area, Lucas Sanchez is taking pop music by storm. Lucas (b. 1996) picked up a guitar at the age of nine years old and never looked back. Lucas decided to start his formal music education right out of high school, and started studying the genres of jazz and classical music at a local community college. During his time there, he was a guitarist for the big band; studied voice with the head of vocal studies, Ian Brekke; and studied piano and composition with jazz piano extraordinaire and respected composer Dan Marschak. Lucas then transferred to the California Jazz Conservatory in Berkeley, CA on a scholarship. Once enrolled at the CJC, Lucas studied guitar for a year with jazz guru Randy Vincent. He also studied with other Bay Area legends such as Erik Jekabson, Dann Zinn, Michael Zilber, Frank Martin, Marcos Silva, and Ian Faquini. Lucas’ hunger for composition prompted him to take a few composition lessons with the renowned composer Samuel Adams. At the CJC, Lucas acquired an even more diverse understanding of music and guitar, through different genres such as: bop, jazz fusion, Brazilian music, funk, and blues. Lucas continues to grow his fan base by performing regularly and releasing music. Lucas’ music is impossible to classify under one genre. He draws influence from rock, blues, pop, jazz, funk, and latin music all while making it, unmistakably, his own.