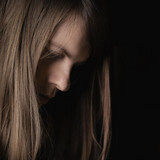 Having played instruments since the age of five, Jakob Lindhagen is an award-winning composer, music producer and multi-instrumentalist based in Stockholm, Sweden. Regularly composing for films, his credits includes several films shortlisted for festivals such as Cannes, Berlinale and Toronto, as well as Swedish Academy-awarded Skörheten (Fragility). His solo album Paces, released by 1631 Recordings, has been streamed in the millions on Spotify and featured on several "Best Albums of 2017"-lists, and he has also contributed to the label's popular Piano Cloud Series, alongside Peter Broderick, Eluvium, The Album Leaf, Balmorhea et al.   Lindhagen has toured internationally on several occasions and performed at stages such as Q3Ambientfest in Potsdam, Germany, and his music has been played on radio stations like BBC, KEXP, SR and Soho Radio, as well as on tv-stations across Europe. 2021 sees Lindhagen further developing and exploring his sound with the release of the conceptual album "Stadsbilder", made together with Swedish composer and sound artist Dag Rosenqvist , released by US-label Time Released Sound, as well as "Bäckahäst", a track made together with artistic collaborator Vargkvint for the unconventional compilation "Realismo Mágico", put out by Piano & Coffee Records.