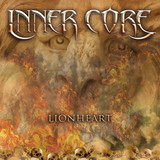 INNER CORE is a Symphonic Metal Band from Lörrach (DE). Their music is a firework of classical rock to epic melodies, catchy guitar solos and intoxicating rhythms. The powerful voice gives every single song an unmistakable note and soul with word-strong expression.   INNER CORE have released their debut album "SOULTAKER" in April 2018 under the label ECHOZONE (Distribution: SOULFOOD) and was promoted internationally as well as in large print magazines, such as SONIC SEDUCER, ORKUS, LEGACY. The digital single for the song "BLAME" including the bonus track "GIVE IN TO ME" (Michael Jackson Cover) was released in May 2018 and INNER CORE also have two video clips for the songs "Snowstorm" and "Blame" with the production company BOB-MEDIA / www.lensflareclips.de (RAGE, Axel Rudi Pell) were shot and published. A few weeks in July and August 2018 INNER CORE were also represented in the official German Metal-Rock-Charts with their album "SOULTAKER". The best placement was on place 15! In November 2018   INNER CORE opened the concert in Bremen (DE) for BONFIRE & FRIENDS. In 2019, INNER CORE dedicated themselves not only to the live shows but also to the songwriting for the new album, which was recorded in early summer 2020 at the renowned Iguana Studios near Freiburg i. Breisgau together with Christoph Brandes. The material of the new songs surpasses the continuously well rated debut not only musically but also qualitatively and moves even more in the Symphonic Metal area.