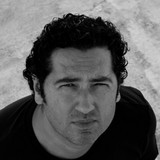 Hailing from London, Larry Cadge began his career as a DJ in 1989 and expeditiously evolved into a multi-faceted rhythmic architect taking influence from his musically entrenched family which includes his mother, the pianist. His techy edge, addictive ballads, and immensely funk induced cadence are designed for the dance floor. Larry’s old-skool disco-house feel can be attributed to authoritative figures in the world of music who he looks to for guidance such as Marvin Gaye, Curtis Mayfield, Miles Davis, Herbie Hancock, Manuel Göttsching in addition to his mother and musically gifted family. In 2010 Larry founded Smiley Fingers, an independent House and Techno records label, based in London but operating on a global level. Always on the search for the perfect groove and catchy melodies, in 2014 Larry released “Vicious Circle"

that was charted for more than 2 months in top 10 Beatport’s Tech House, selected as Best Of 2014 Tech House Tracks and he was # 39 Best Tech House Artists in 2014 according to Beatport Top Tracker. Moreover, “Vicious Circle" was searched over 25.000 times around the world with Shazam. Undoubtedly a highly proficient producer Larry has over 20.000 House and Techno lovers following his story. He’s no newbie to this game and is a popular selection for those in the know. Ingrained in House and Techno, but free from limitations in influences from across the board, his sound is distinctive, fresh and does the job on the dance floor every time.