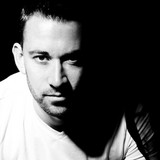 London-born and Lausanne-based Reber started performing as a DJ with his good friend Agape in 2008. After five years of playing in several clubs and festivals in Switzerland, he chose to take on a new challenge as a solo artist in 2013, eager to work on defining his own sound. After a remix on Fantastic Friends in 2014 and another attention-grabbing remix of Tim Green's "Scar" early 2015, Reber followed up with his first original EP on vinyl and digital on Disc Over Music, supported by the likes of Joris Voorn, Claptone, Claude VonStroke, Gel Abril, Audiofly, Yaya, Quenum and many others. After a couple of releases followed on Baile Musik and Fantastic Friends, his relationship to the latter got closer as he got involved in the management team since end of 2018. More recently, his collabs with Nicolas Duvoisin have either been remixed by Subb-an or found a home on vinyl on Splitools, sub-label of parisian constellation Yoyaku. With his head in Switzerland and his heart in London, Reber truly aspires to getting his signature sound out to as many amateurs of grooves, sub bass, hypnotic vibes and cheeky sonic twists as his path will cross!