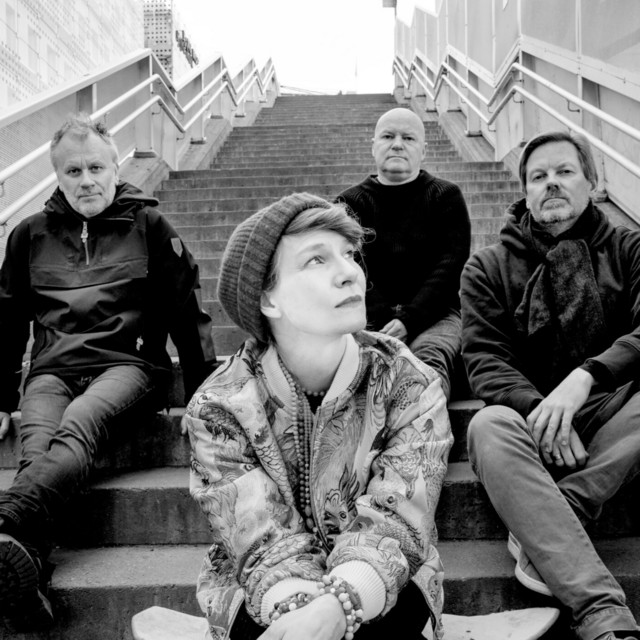 Flunk from Oslo, Norway started out around 2000/2001, originally as a trio: Ulf Nygaard (programming, vocals), Jo Bakke (guitars, bass and more) and Anja Øyen Vister (vocals, guitars). The first Flunk track to be released, ‘Indian Rope Trick’, was released winter 2001. Flunk gradually expanded to a five-piece band, including the live musicians, Erik Ruud (drums) and Ole Kristian Wetten (bass). The band made a big impact with their downbeat cover version of Blue Monday on their debut album. The track was first played on the legendary BBC Radio 1 John Peel show. Flunk arrived in the chill-out era, and the band was the origin of the genre term folktronica, since adding guitars to the electronics of downbeat electronica. They have to date released six studio albums plus remix and demo compilations, the latest studio album 'Chemistry and Math'. Flunk have contributed to Hollywood movies and well known TV series like 'The O.C.' and 'Designated Survivor', and have toured the US, China and Europe. Follow us here: Flunk.lnk.to/Follow