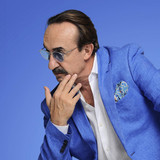 Pianist Raúl Di Blasio was born in Zapala, Argentina in 1949, beginning his musical training at age six; initially studying Latin musical traditions like the tango and bossa nova, he was influenced by classical European composers including Beethoven and Rachmaninoff. As a teen, however, Di Blasio discovered the Beatles, and he immediately formed his own rock band, Los Diabólicos, which gained some success nationally and continued on until 1973. He then returned to classical performance, touring South America throughout the middle of the decade; in 1978, Di Blasio began a five-year musical residency at a hotel in the Chilean resort city of Viña del Mar -- at the end of his stay, he decided to refocus all of his creative energies into mounting a career as a serious performer, and in 1983 issued his debut LP on EMI-Chile. Subsequent efforts on CBS-Chile were even more successful, and the media dubbed Di Blasio "El Pianista de Todos" ("The People's Pianist"); he moved to Miami in 1987, and three years later issued his BMG debut El Piano de América. Its 1994 sequel sold over a million copies, and to support 1997's Solo, Di Blasio toured the Far East; Desde Mexico followed a year later, and in 1999 he issued Christmas. The Brazilian-styled Di Blasio and Salt Peanuts appeared in 2000. ~ Jason Ankeny, Rovi