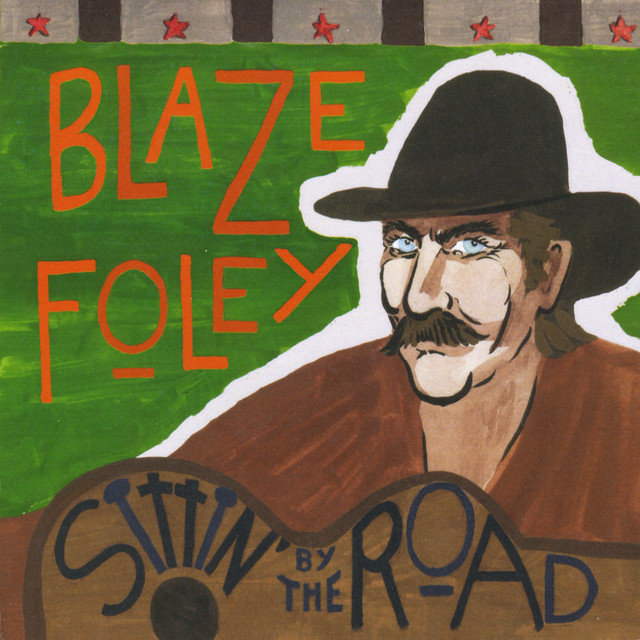 The colorful yet tragic life of Austin singer/songwriter Blaze Foley -- who was shot and killed in 1989, at the age of 39, while trying to defend an elderly friend -- reads like the most heart-piercing of country ballads. It's no wonder, then, that extraordinary artists like Foley's friend and hero Townes Van Zandt and Lucinda Williams penned odes to him (Van Zandt's "Blaze's Blues" and Williams' "Drunken Angel"). As for Foley's craft, no less than Willie Nelson and Merle Haggard covered Foley's "If I Could Only Fly" in 1987. (Haggard would go on to re-record the song and make it the title track of his 2000 album.) Unfortunately, it seems that a good deal of Foley's energies went toward the art of living; therefore, while he has left listeners with his vivid legend, his recorded output is frustratingly scarce. Blaze Foley (born Michael David Fuller) was raised in West Texas and sang with his mother, brother, and sisters in a gospel act called the Fuller Family. Taking a pseudonym borrowed from Red Foley, Blaze performed in Houston, New Orleans, and Austin through the 1970s and '80s, developing a strong following and respect from fellow musicians. But it was the Austin music scene, among friends like Van Zandt and Timbuk 3 -- whose work Foley was an early champion of -- that would become his spiritual and geographical home. While Foley recorded a now impossible-to-find studio album in the early '80s at the famed Muscle Shoals Sound Studios, he's remembered more for his vivid character. He was known as much for his kindness and philanthropy, even in the face of his own poverty, as he was for his drunkenness, ornery nature, and downright weirdness. Foley was also known for his uncanny fascination with duct tape, which he used to hold the various pieces of his life together, most notably his shoes (as immortalized in the lyrics of Lucinda Williams' aforementioned "Drunken Angel"). Fittingly, his one readily available work, Live at the Austin Outhouse, was recorded on December 18, 1988 (his 39th birthday), at one of the few music establishments in town that would tolerate him. The album was released as a cassette and Foley intended to donate a percentage of the profits to a homeless shelter, but after he was shot and killed on February 1, 1989, sales were instead earmarked for funeral costs. Live at the Austin Outhouse, re-released on CD in 1999 by Lost Art Records, captured him in his element. Through the bleed of a guitar microphone, you can hear stools squeaking, snatches of conversation, and general bar ambience -- but at the center of it all is Foley, his deep gritty voice and songs that, much like Van Zandt's, seem to emerge from a place of bruised, yet hopeful, solitude. Foley was the subject of an episode of Between the Scenes, an Austin-based public television program that focuses on the independent film community. The episode was entitled Duct Tape Messiah: Blaze Foley; the film was later released on DVD. Another documentary about the songwriter, Previously Unknown: The Legend of Blaze Foley, directed by Kevin Triplett, debuted in 2010. That same year, Fat Possum Records uncovered three reel-to-reel tapes from Foley's earliest years (when he was known as Dusty Dawg) in rural Georgia that had lain at the bottom of a closet for 25 years. They released a 20-song album from these source reels entitled The Dawg Years in the summer of 2010. Sybil Rosen, Foley's widow, published a book about their lives together in 2008 titled Living in the Woods in a Tree: Remembering Blaze Foley. In 2018, the book became the basis of the feature film Blaze, directed by Ethan Hawke and starring Benjamin Dickey as Foley and Alia Shawkat as Rosen. ~ Erik Hage, Rovi