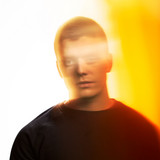 At the forefront of the electronic scene and with support from Avicii, Sebastian Ingrosso, Sub Focus and Tiesto to name a few, his most prolific release ‘I Wouldn’t Lie’ has reached over a total of 10 million streams – to not name his back catalogue of 200 million combined. With remixes under his belt for the likes of The Chainsmokers, ILLENIUM, Alan Walker and Miguel to name a few. Steerner really shows what he's been up to the last year with his latest strong release "You Make Me Feel". It clearly brings the listener into a euphoric state of mind with its fresh take on the early house wave. The lyrics for the track was written together with help of the talented songwriter Albin Nedler & AI technology built on [GPT-3 algorithm].