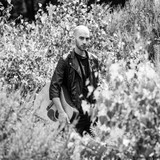 Tom Schraven, a singer-songwriter from the Netherlands. Inspired by americana and pop, he invites his listeners on a journey through his emotions, translated by music. For the past few years he was lead singer in Montezuma’s Revenge, one of Europe’s finest male a capella groups, background singer for a variety of artists and a teacher at the conservatory in Arnhem. Raised with a love for music he decided at the age of 10 to start making his own songs. In deficient English the first words were put to music. Self-taught on piano and guitar he became a praiseworthy musician. In his early teens he won the Kunstbende, a big Dutch national contest where he performed his own songs for a huge crowd at Vredenburg, Utrecht. This only drove him to writing and performing more and to complete his education at the conservatory. Besides his own work he also is CEO of youth theater company RANK, actor and rising steadily with the acoustic trio Two Ladies & a Gentleman. On april 20 2018 his first acoustic EP ‘The Heart Of The Matter’ arrived. In 2019 his sophomore EP 'Runaway heart' will be released.