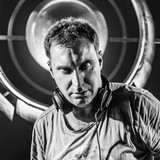 Aphrodite's Gavin King is one of the reigning, well, kings of jump-up style jungle, a sparse, high-energy offshoot of drum'n'bass designed for maximum dancefloor impact. With tracks propelled by simple, rolling drum loops, huge, warbling basslines, and loads of chopped-up hip-hop and ragga samples, King's releases as Aphrodite, Alladin, and Amazon II (a side project with producer Tony B.) began ruling dance floors in '95 after top DJs such as Hype and Zinc began playing the socks off them. Although many of Aphrodite's earlier tracks were deep in a ragga style, his late-1995 and 1996 releases began bridging the gap between ragga's gimmicky, sample-heavy refrains and jump-up's more spry stepping. His discography is cluttered with chart-topping jump-up tracks, including "King of the Beats," "Woman That Rolls," "Mash Up Your," and "Dub Moods." Releasing most of his tracks on his own Aphrodite Recordings label, King also hooked up with DJ/producer Mickey Finn in 1996 to record a number of tracks (including "Bad Ass" and "Big Time") for release on the joint-established imprint Urban Takeover. He's also rumored to be the man behind any number of white label-only bootleg jungle versions, including mixes of "Mission: Impossible," "No Diggity," and the Luniz' "I Got Five on It," in addition to legitimate remix work for such artists as Dub War and Nine Inch Nails. The 1997 CD compilation Aphrodite Recordings is the best, most comprehensive introduction to his work, while his self-titled 1999 American debut collected old tracks and a few new remixes. King has also appeared at the helm of several mix albums, including Full Force and 1998's Takeover Bid: Round One. The latter of the albums was reissued in 2001as part of the Mixer "Rewind" series. In 2002, the first album in his distribution deal with V2 Records was released, Aftershock. ~ Sean Cooper, Rovi