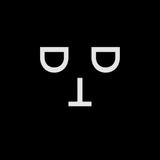 Born from jazz, soul and rock, Melbourne based Dandecat is a fast emerging four-piece that never fail to enchant audiences with their unique sound; a sound that is bound to get you thinking.   Storming out of the abyss with their debut single “Meat” landing #2 on triple j unearthed charts in their release week, as well as airtime on platforms such as Triple J Unearthed and ABC Melbourne (774), in addition to an unplugged performance on 3AW’s Grubby and Dee Dee Weekly broadcast, Dandecat’s unrivalled sound is a force to be reckoned with.   Only strengthening with time, their recent release of debut EP ‘Kaleidoscope Mind’ (released November 2019) solidifies what will undeniably be an epic career.