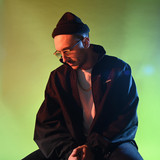 Hailing from the shores of Hawai’i and setting up shop in Southern California, Mahalo has quickly made a name for himself as one of the newest rising stars of the global dance music machine. By blurring the lines sonically and creating cutting edge material branded as his signature sound "liquid house", this up and coming producer has managed to gain the support of an impressive amount of many of the world’s biggest DJs, producers and tastemakers while also performing at some of the most coveted festivals in North America such as Electric Daisy Carnival, Groove Cruise, Nocturnal Wonderland and Countdown. Mahalo's 2019 breakout single 'So Cold' set a benchmark for future success journeying 15 weeks on the Billboard Dance/Mix Show Airplay chart eventually rising to #1, while also taking the top spot on the Mediabase US Dance Radio chart. 2021 brought Mahalo his second Billboard Dance Radio top 5 with "Not Watching Anymore" peaking at #2 after 12 weeks on the chart. Mahalo also launched his official radio show "The Mahalo Show" this year, which is now syndicated on Insomniac radio, Kiss FM Australia 95.9 in Hawaii + more. With releases on labels like Tiesto’s AFTR:HRS Records, Mark Knight’s Toolroom Records, Armin van Buuren’s Armada Music and various other taste making labels such as Perfect Havoc, Enormous Tunes, Bunny Tiger, and Insomniac Records - it’s no wonder why the world is taking notice of this promising talent who's starting to captivate house music fans worldwide.