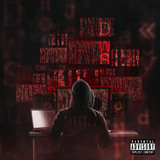 VasLo is a third generation entertainer from Las Vegas with a passion for audio production and a sound battle rap history. Inspirations in the game include; Eminem, Tech N9ne, and Andre Nickatina. VasLo, a Las Vegas native, has roots in not only Sin City but has also traveled up and down the west coast battling countless adversaries in the underground rap arena. The third generation entertainer with a classical background and a knack for crowd control hopes to take his wild battle theatrics and unique flow to the big stage with his 2018 debut. And now he looks to shake the globe further with his debut project Dirty Word Search Now available on a Five Eyes Server near you. Won’t you follow him down the rabbit hole.