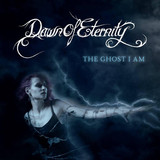 Dawn of Eternity is the result of a project of the singer Sara Seubert and the guitarrist Johannes Kittel. It was formed in late 2012 by Sara, Johannes, Torsten Ossowicki and Sven Fichtner. The first album Gulity was released in may 2014. After various bass player changes the band was completed in 2016 with Chris Töpp. The idea of the music was, at first, heavily inspired by the “Fallen” album of Evanescence. With the years and the adding of growls by Johannes the music developed into a duet of Sara’s beautiful clean voice footing on Johannes’s dirty and aggressive screaming. All was set on the foundation of a solid melodic death metal soundtrack with a touch of progressive ideas. In 2017 the recording of the now released album “The Ghost I am” started. Therefore a chary hint of electronica elements was added to the music. The riffing evolved from a more classical heavy metal background to a progressive melodic death with a hint of doom added by Johannes and Torsten. The bass lines coming from Chris are hailing from a solid 25 years of Blues, rock’n’roll and hard rock. So Chris manages to spice the music up with a solid groove that is so often lacking in modern metal bands. The Album was recorded and edited by Deadlight Studio in Nuremberg. Special advice by Bora Öksuz of Stahlzeit. Graphics by Diana Ruhe.