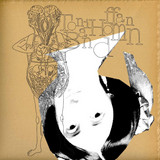 Toni Hoffmann is a musician, singer and songwriter, born in Black Forest, Germany in 1987. The Toni Hoffmann Band was founded in 2009.

The spherical guitar lines of Tobias Franz and the passionate performance of bassist Marc Schneider and drummer Rob Vitacca, lay the vibrant but ambient foundations for the sound of the Band. In 2011, they released their debut album “Humility”, thirteen soulful tracks, influenced by Rock, Pop, Singer/Songwriter and Psychedelic. Three months of busking in New York City and moving to Stuttgart in late 2012 provided inspiration for the second album dubbed “Scripted reality”. Its ten songs approach the supremacy of the media and other societal challenges of modern mankind. In 2016 Toni Hoffmann moved to Berlin, where he now focusses on his new project Leo Grande.