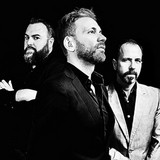 Another you is a Spanish Rock/HardRock/Metal/Progressive Rock band, that was originally created by Luis Tormo Larrosa in Alicante (Spain) in 2007. This project was at the beginning a lonely work carried out by Luis Tormo Larrosa and additional musicians, giving as a result the first album called Five Seasons (2008). However, with the passage of time and successive albums (Rolling Back The Days in 2011, Covers in 2013, Intangible Things in 2015 and Evidence, Hopes and Rebellions in 2017), the final result was the creation of an alternative and powerful rock band, that nowadays with its new album Tomorrow Is Too Late (Lady Stone Music, 2021), is the image of a group with many wise influences, with a mix of modernity and originality based in different decades of anglosaxon music. The current members of Another you are the lead singer and guitarist Luis Tormo Larrosa, who composes, does the musical arrangements and produces the music and lyrics of the band; the bass player Carlos Morales and the drummer Ramón Hernández, who are the responsible for arranging and composing the rhythmic base. They’re all together form a consolidated power trio, with plenty shown skills on the stage, supporting bands such as the German-Swedish band Jaded Heart in 2018, with American bassist Marco Mendoza (of Whitesnake and Dead Daisies) in 2019 and also be supporting the Swedish band Thundermother on September 2019.