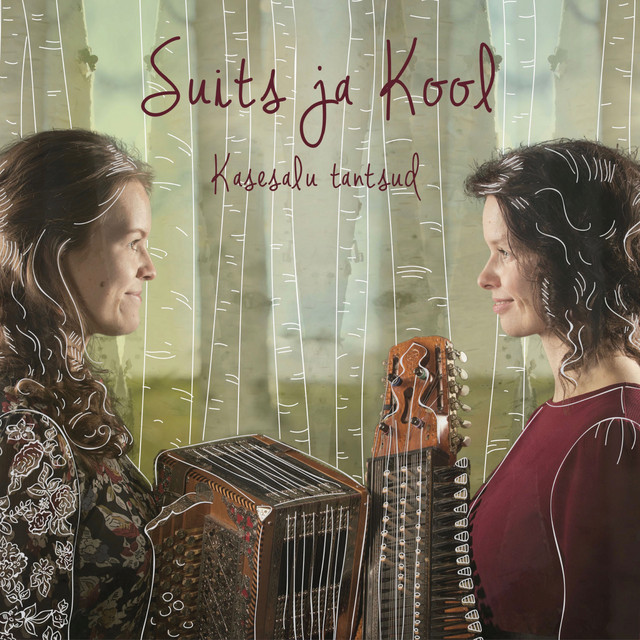 We are Suits and Kool, a musical group that has played together since autumn 2014. We are inspired by playing traditional dance music: mostly pieces created for the Estonian diatonic accordion, kannel and fiddle. In addition, we sing some old songs about life and love. We have both graduated from the University of Tartu Viljandi Culture Academy with a degree in folk music. Kristi’s family has several generations of diatonic accordion players: already her grandfather August Laanesaar was a popular diatonic accordion player and Kristi’s mother Ülle Kool also plays this traditional folk instrument, which is a favourite of Estonians. During her studies in Viljandi, Janne also studied at the Eric Sahlström Institute in Sweden, where she learned to play their traditional instrument the nyckelharpa. In 2019 we released an album titled “Kasesalu tantsud”. The title of the album has two meanings in Estonian. On the one hand, it means that we are playing songs from the repertoire of Erni Kasesalu – the kannel maestro from South Estonia. But the title (which also translates as “Dances of Birch Groves”) also hints at the dance culture of olden times: young people came together in birch groves and village swing grounds to dance, sing, play games and socialise.  Janne Suits – Swedish nyckelharpa, vocals Kristi Kool – Estonian diatonic accordion, vocals