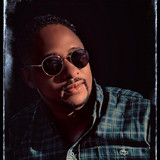 Rudboy, born Rudenei Mariano, is a Music producer, songwriter and vocalist who has flit across afro music and other club music styles. A native of Cape Verde, grew up surrounded by music, his passion for music productions began early and already has an extensive catalog of songs produced for artists such as Nikah, Angel Fortes, Rilla, Killa, Kaity28, C’mon, Flavious, Yeld, Ilegais and more. Signed a deal record contract with Lab1 Music in 2015, 2 singles No Lume - Remix, Pedaço Do Céu have been released with the label publisher, since then this partnership has focused on discovering and launching new music.