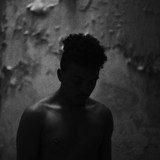 Against all odds, Helsinki-based artist Noah Kin has found his way into hearts of music lovers and outcasts around the world. Since beginning his artistry in 2006, he has released three albums and an EP that all gained critical acclaim and international attention. With each release Noah Kin has steered away from the traditional aesthetic of hip hop, while making the move toward a more experimental and electronic approach to his craft. Noah Kin’s disarmingly personal songwriting meshed together with his abrasive, but driven production, create an atmosphere unlike any other, built to withhold a voice that demands attention. He generally dislikes being labelled by genres and instead refers to his music as “Club Punk” and “Bangerdrone”. On top of playing the most prestigious clubs and festivals in Finland, he has performed across stages in Europe and has landed airplay on BBC Radio 1 and BBC Radio 1Xtra among other international radio stations. After his performance at Flow Festival in 2013, District MTV named him “the next big thing in hip hop”. The live show is where Noah Kin’s art truly comes to life; his show-stopping presence, jaw-dropping precision and untamed energy make him a force to be reckoned with.