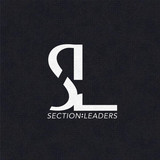 SECTION LEADERS is the combined musicianship of Gritts, Lonegevity and Maja 7th. While this is the first time that all three musicians / producers have worked on an official project together, they have been friends and music collaborators since they were all in the Anderson High School band in the late 90’s. The SECTION LEADERS was an idea originated back in 2010 when the three were toying with the idea of starting a hip hop trio. Fast forward to 2018 and they have decided to utilize not only their hip hop roots, but also utilize elements of funk, soul and r&amp;b to create their unique sound. Their goal is to jam. Gritts and Lonegevity formed Hinx Jones upon moving to Indianapolis in 2009, and have released more than five full-length releases in the last decade together as a hip hop duo. Gritts was also a member of multiple bands including Sweet Poison Victim, Pork &amp; Beans Brass Band, and a handful of other side projects. Lonegevity has released multiple instrumental projects, produced for many different artists, and has released a handful of solo albums. Maja 7th, as a producer, has produced for a handful of notable hip hop names in Chicago and around the states, and also has a handful of instrumental projects. Art/Design Direction: Michael Anthony, Terry Colemen, Sean Stuart DJ: DJ Jay Diff