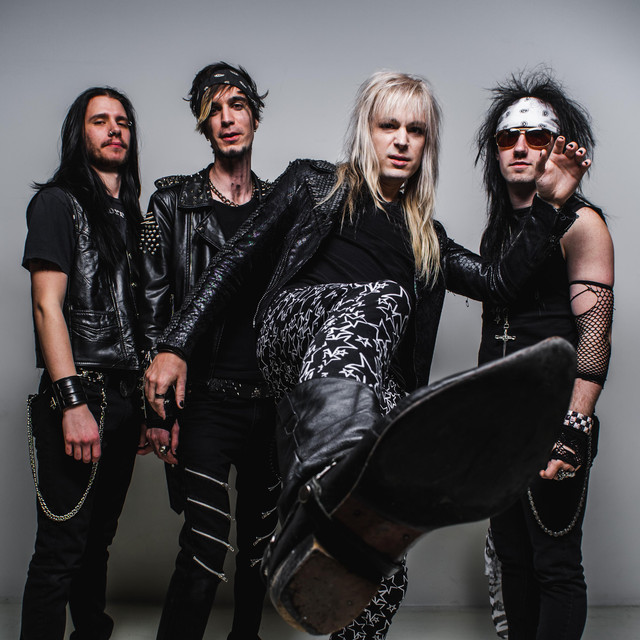 High-Octane Canadian Rock ’n’ Roll is alive and well in Löve Razër, a band that isn't afraid of working hard, giving unforgettable stage shows, and looking like rockstars both on and away from the cameras. Löve Razër formed in May of 2015 with the musical mandate to modernize the flash and high energy of golden era rock bands like Mötley Crüe, Guns N' Roses, Pantera and Skid Row with great new original songs that fans of all ages from around the globe can relate to. "We're just a hard-rocking band who look like Rockstars should look." says vocalist Sydney Snow, who alongside bandmates Micky Bonez, Metal Mike, and Crissy Stixx, are comfortable making their alter-egos into their primary personas, a move that has music fans throwing up devil horns in passionate support. Just one year after forming, Löve Razër won the Jack Daniel's Supporting Act Contest, providing them a budget to professionally record their 3-song EP "Rock 'N' Roll Addiction" and shoot 3 music videos. In 2018 they self-financed a follow-up full-length album ”Border City Rebels” which has earned them loyal fans in Hard Rock hotspots from Sweden and Germany to across North America. Locally, they have headlined shows in Ontario and Quebec, including a sold-out album release party in their hometown of Windsor, Ontario. While continuing to ship records and merch around the world, Love Razer has been privileged to share a stage with top touring acts Gilby Clarke, Bulletboys, Tracii Guns, Anvil, and Enuff Z'Nuff.