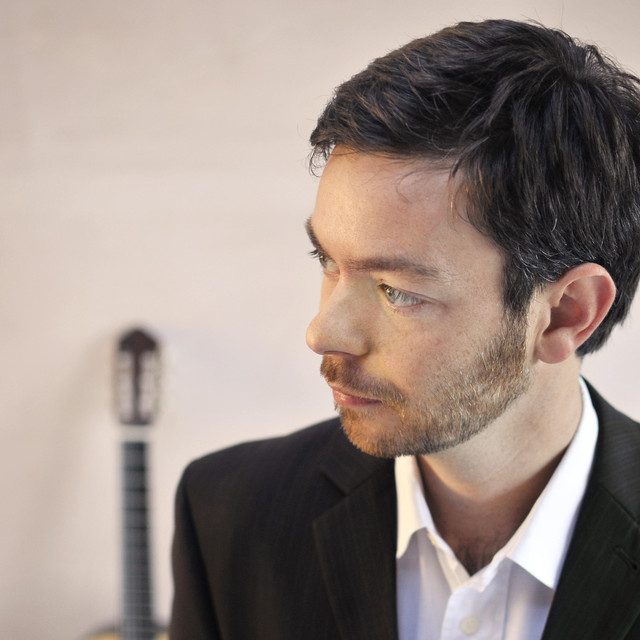 Simon Davies studied at the Royal College of Music and the Royal Academy of Music before receiving his Honours Degree at the Royal Northern College of Music, Manchester . Performing in The Arada Guitar Duo , their 2008 release for Landor Records, ‘Mediterranean’ received glowing reviews from publications such as International Record Review and Gramophone magazine. The duo performed on BBC Radio 3 and Classic FM and in some of the countries finest chamber music venues. Performing with the Royal Shakespeare Company “band”, Simon has appeared in the West End run of “Romeo and Juliet” and the critically acclaimed “Venus & Adonis”. As a soloist, Simon has represented the U.K. in the European Young Musicians’ Concert , in 2011, performed at the London International Guitar Festival and has played for the King of Norway and the Spanish Prime Minister. He is a featured classical artist on Cunard’s “3 Queens” (QM2, Queen Victoria and Queen Elizabeth).

He has recorded two solo albums. 'Colour and Sound' released in 2012, features a selection of pieces from across the genres of classical guitar music. '100 Years', released in 2017 explores the beautiful music of the Baroque age.