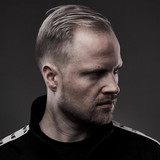 Runge is a house dj/producer based in Aalborg, Denmark with releases featured on prominent labels like the legendary Nervous Records, Get Twisted Records, Toolroom, House Of Hustle, Perfect Havoc, WyldCard Records and more. Being a dj first, Runge’s dj sets have always been about moving the dance floor mixing up both the latest upfront tracks and dropping the classics when you least expect it. This passion has rubbed off in his productions starting in 2013 with a release on the infamous Nervous Records label in a collaboration between him and Notize and later that year he released a solo EP on the Tough Love imprint Get Twisted Records. From there things took off and now in 2020 labels like Toolroom, House of Hustle, Perfect Havoc, WyldCard Records and more have been added to the list. Being in the business for more than 10 years has also lead Runge to share the decks with names like Boris Dlugosch, Tough Love, Martin Ikin, Noir, Juliet Sikora, Ante Perry, LouLou Players, Marc Spence and many more at various events and venues all around Denmark alongside a couple of international gigs as well and not least keeping his residency at the legendary Club Vesteraa in his hometown Aalborg. His style has been constantly evolving but always focusing on energetic and bumping house, bass and tech.