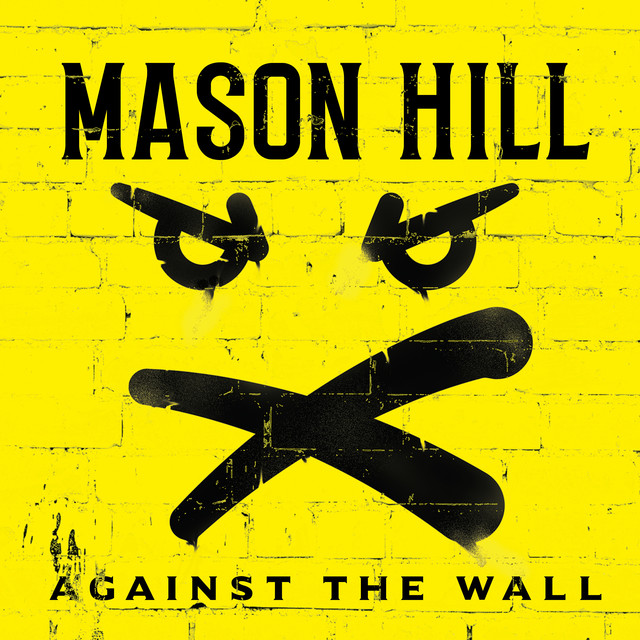 Overcoming all manner of obstacles and finally raising £16,000 via their committed fanbase through Kickstarter, in November 2019 fast rising rockers Mason Hill recorded 11 songs at Riverside Studios in Glasgow, with Scott Taylor later travelling to New York to track his vocals at the legendary Electric Ladyland Studios. Titled in acknowledgement of struggles overcome, the result is Against The Wall, the most hard-hitting and engaging debut album to emerge from the British rock scene in 2020. From its seductive, inviting opening notes, Against The Wall is an enthralling, spellbinding distillation of everything Mason Hill have learned in their 7 year history. It opens, in dramatic fashion, with the self-explanatory Reborn, climaxing with the lyric, “No more pain, I feel reborn”, a declaration of intent and purpose which sets the tone for what is to follow. Another lyric encapsulating the defiant resolve of Against The Wall, is the opening line of the stirring, impassioned Hold On. “Wake up, wake up,” Scott Taylor sings. “Did you really think I'd disappear?” That same swagger runs through the album’s gritty title track, an anthemic modern rock masterclass to file alongside the likes of Shinedown and Alter Bridge. Their influence can also be detected in the beautifully bruised climactic epic Where I Belong, where Taylor sings, “I know who I am, and I know where I’ve been” before Bird launches into a stunning solo that recalls Guns N’ Roses legend Slash at his most lyrical.