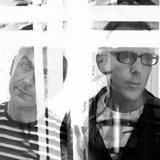 DRIFT Series 1, which sees the release of new material every week for a year. DRIFT continues until autumn 2019, by which time Underworld will have released more new music in that period than in the last ten years. Techno as bright and brilliant as midday sunlight, it’s wild detuned bass and discomfiting vocals. It’s the boom-boom of digital dub and it’s gorgeously evocative ambient music. It’s music for fields, music for tents and for headphones; music to lose yourself in and to.