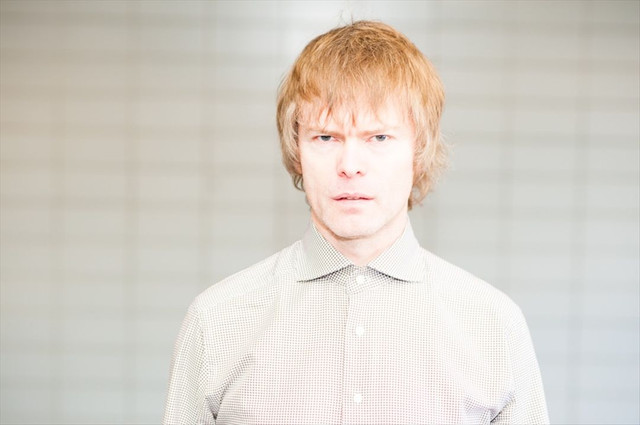 Birmingham techno artist Anthony Child rapidly built a solid and, to a certain extent, innovative catalog of minimal dancefloor techno since his Surgeon releases first appeared in 1991. Compared favorably with Detroit original Jeff Mills from his earliest Downwards singles on forward, Child's tracks were a mainstay in the popular Motor City DJ's sets. Although Surgeon releases worked an increasing affectation for acid and trance, an economy of sound and basic hardness combined his and Mills' sound. A noted and popular DJ himself, Child took his skills from hip-hop and electro jocks ("Tour de France" was a staple of his DJ sets). He filled out his style with a driving toughness and appreciation for rapid cutting and flipping. Surgeon's entry into production was also noteworthy; urged on by producer Mick Harris (Child was a fan of Harris' Scorn project), the former Napalm Death drummer locked Child in his tiny studio, imploring him to "go mad." The result, the self-titled debut EP, was released on Downwards, and was instantly hailed as some of the highest quality U.K. techno of its time. Releases for Soma, Blueprint, Ideal Trax, and the ultra-exclusive Tresor label followed, with the debut LP Communications appearing on Downwards in 1996. He then released a trilogy of well-regarded full-lengths on Tresor: Basic Tonal Vocabulary (1997), Balance (1998), and Force + Form (1999). Equally influenced by early electro-pop innovators like Tomita and YMO, experimental groups like Can, Faust, and Suicide, and the tough grit of American electro and techno (Robert Hood, Hashim), Surgeon's mash-up was both straightforward and subtly experimental. Throughout the following decade, Child remained active, if not quite as prolific, only issuing one proper full-length (2000's Body Request). Dynamic Tension and Counterbalance, two labels he established during the late '90s, became the outlets for much of his solo production work -- which was as stripped-down and challenging as ever -- as well as his collaborations with Karl O'Connor as British Murder Boys. He remained an in-demand DJ and provided commercial mixes for Warp (2007's This Is for You Shits) and Fabric (2010's Fabric 53). His sixth album, Breaking the Frame, appeared on Dynamic Tension in 2011. Surgeon unexpectedly opened for Lady Gaga on her 2014 #ARTRAVE tour, wearing a Coil T-shirt and performing with Gaga's regular opening act, Lady Starlight. After two experimental albums under his given name (2013's The Space Between People & Things and 2015's Electronic Recordings from Maui Jungle, Vol. 1), and a 2015 box set of the three albums he released on Tresor (Tresor 97-99), Child released his seventh Surgeon full-length, From Farthest Known Objects, in 2016. The following two years saw Child tour using his modular setup, allowing for completely improvisatory sets. By the time he released his 2018 full-length, his sets began to reflect the material from that album; Luminosity Device drew inspiration from Bardo Thödol -- better known as The Tibetan Book of the Dead -- and was released through Dynamic Tension. ~ Sean Cooper, Rovi