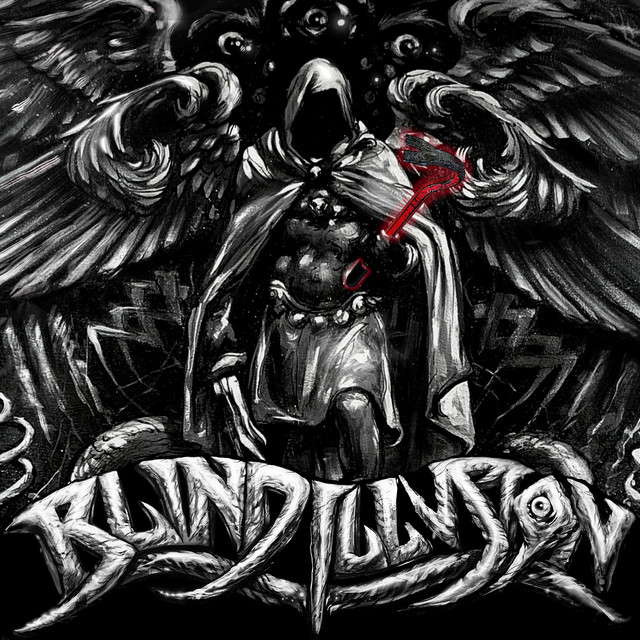 Formed in 1978 in the East Bay Area by vocalist David White, guitarist Mark Biederman, bassist Alvin Petty, and drummer Brett Hern, Blind Illusion were for years one of the Bay Area's most popular underground Thrash Metal bands. The band went through numerous incarnations over the years. By 1988, White had left to form thrash metal icons Heathen, and after a brief stint with Blue Öyster Cult, Biederman reconvened Blind Illusion with the help of recently ousted Possessed guitarist Larry LaLonde, bassist Les Claypool, and drummer Mike Miner. Released the same year by English indie Music for Nations, The Sane Asylum was a quite unique, highly technical thrash metal album that has cemented themselves as

Bay Area thrash scene legends. That scene featured many other Thrash Metal bands like Possesed, Slayer, Exodus, and Metallica and is featured in a brand new documentary Murder in the Front Row! Eventually the bandmembers soon went their separate ways. Claypool and LaLonde would go on to greater fame and fortune with Primus, while Biederman has kept himself busy with session work. In 2017 Bidermann reformed the band to tour Germany with Doug Piercy of Heathen on Guitar and Tom Gears on Bass. After 3 years of touring the band has welcomed Andy Galeon from Death Angel to the line up and have a brand new record on the way. The first song will be released on September 18th, 2020!