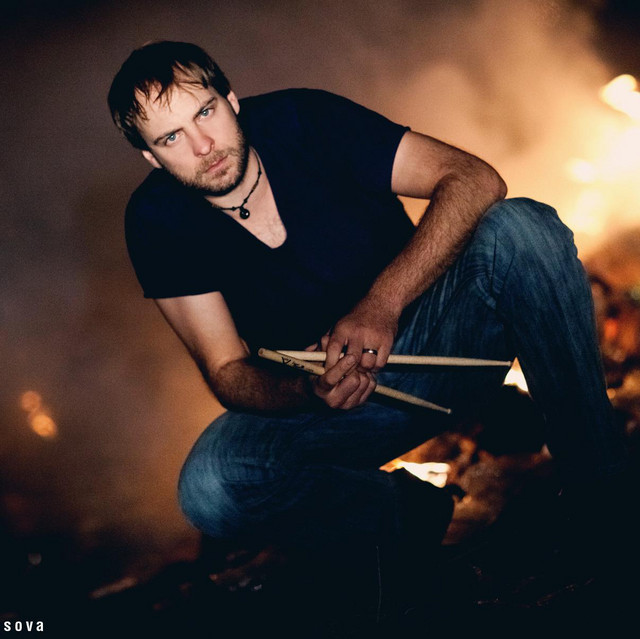 Ari Hoenig (1973, Philadelphia), is a jazz drummer, composer and educator known for his unusual and intense approach to drumming emphasizing complex rhythms in direct harmony with other group members. Ari is widely noted particularly for his drumming not being relegated to just keeping tempo, or being a side issue to the music he plays in, but rather for elevating drumming as an indispensable part of the performance. Hoenig is also known for his unique ability to modify the pitch of a drum by using drum sticks, mallets, and even parts of his body. Using this technique, he can play any note in the chromatic scale, virtually any melody, and improvise on a chord structure in the same way as any other instrumentalist would. Hoenig was born into a family of classically trained musicians with his father being a choral conductor and mother a violinist. He played both piano and violin as a child, then rock and metal drums as a teen before settling into jazz and improvised music. Ari has recorded written and produced 14 cd’s as a leader and has written 3 educational books, 4 educational DVD’s and a songbook. Ari is currently touring and performing with his trio of Nitai Hershkovits (p) and Or Bareket (b) as well as his nonet and quartet. Other artists Hoenig has performed or recorded with include Shirley Scott, Jean Michel Pilc, Mike Stern, Kenny Werner, Joshua Redman, Wayne Krantz, Kurt Rosenwinkel, Richard Bona, Chris Potter, Toots Thielemans, Pat Martino, Billy Childs.