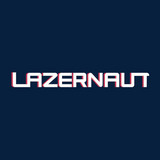 Lazernaut is a Danish synthwave and electronic music producer. Creatively influenced by ‘80s synthwave pop and early ‘90s video game scores, Lazernaut’s sound is both nostalgic and futuristic, crossing multiple genres from dance to electropop. A nineties kid, Lazernaut was inspired by video game scores of the era, including Capcom’s Mega Man series and works by multi-instrumentalist game composer David Wise, and developed a fascination with percussive and synth sounds after experimenting with his uncle’s keyboards from the ‘80s. The Danish producer has also credited bands like Kraftwerk and The Prodigy for influencing his musical tastes. Lazernaut describes making music as a way to express his inner soundtrack: “Music is always in the back of my mind. I’ve never specifically tried to sound a certain way, instead I just try to create music true to what I hear in my mind. I love the direct relationship between who I am and how my sounds turn out. I want my music to convey optimism, and put across the message that if you know yourself, you know the world, and then you can do anything you want.”