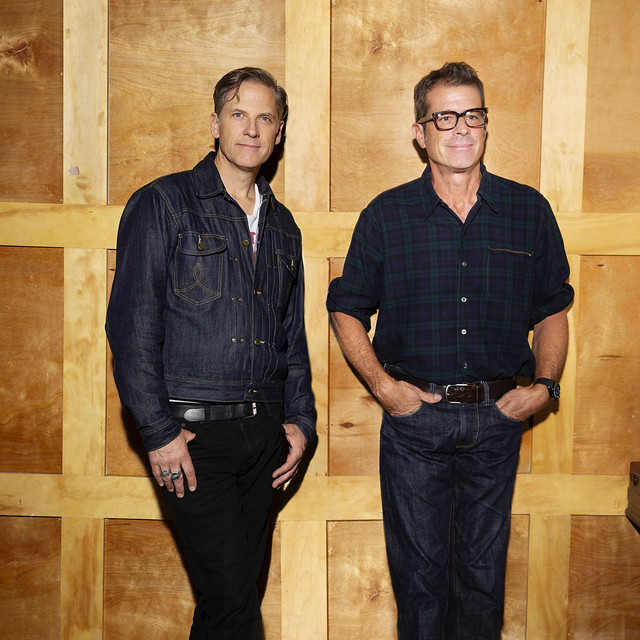 Calexico’s Seasonal Shift is less of a Christmas album and more of a cross cultural seasonal celebration. The themes are based around that familiar end of year feel-ing, of reflection, of ceremony and of recognition of the year gone by and changes it brought for better and for worse. It contains a few cover songs including classics by John Lennon and Tom Petty, a few more special guests and a whole load of good will. It’s heartfelt but fun, and earnest but celebratory. It features Calexico in an as-sortment of guises, referencing Portuguese Fado and Old Mexican Folk Songs, from the stripped back two-man skeleton to the full party of international collaborators in-cluding artists like Bombino, Gaby Moreno, Gisela João, Nick Urata (DeVotchKa) and Camilo Lara. Reflecting on the album, Joey Burns says, “It's more of a seasonal album and like all seasons they are about change and how those changes in the world resonate inside of you. I never thought this would have gone the way that it did. We were aim-ing to record a 6 song EP and we kept going. I guess I never thought I would be on permanent hibernation mode either, but I'm super happy and extremely grateful.”