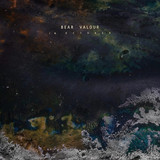 With four singers, two guitars, a subtle synth and double bass, Bear Valour creates dark, dreamy folk with longing melodies and dangerously intertwined vocal harmonies. Their concerts are described as magical and characterized by an intimate, warm atmosphere. The band has had some successful years since it's founding. After winning the audience price during the Grote Prijs-contest they released their first EP 'Sturdy Wine' in November 2015. Soon after that followed the cinematic music video for 'Mourning Gloom', the single that got a Best Track-nomination for the Rotterdam Music Awards 2016. ​With quite some gigs under their belt, e.g. Eurosonic Noorderslag, Motel Mozaique, Songbird and Oerol, Bear Valour plays more and more shows across the border. Their 'Tour des Chateaux' in the summer of 2016, during which the band toured around castles in Belgium and France, was such a big success that Bear Valour nowadays regularly travels to a French castle, monastery or living room. ​In 2017 the band started the analogue recording process of their full-length vinyl debut 'In October', that was released by Dox Records in 2018. It's often the intimate settings where the music is at its best, though with a new drummer in the bunch, Bear Valour is slowly turning the tide. After announcing the transition of frontman Eli during two special theatrical shows at Motel Mozaique in 2019, Bear Valour is taking some time to process and record the changes to come. ​