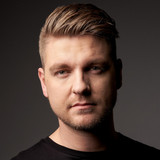 Sven Sieperda, known professionally as KELTEK, is a Dutch hardstyle artist, started his career in 2017.In the same year he signed on Scantraxx and he released his first single "Down To Earth," and shortly thereafter “Dance The Way I am” for which he received critical acclaim. Some of his prominent songs are “Dark Sun”, “One Tribe (Defqon.1 2019 anthem) “Through The Night," "Kick Off," "Valkyries," “Edge of Existence (Reverze 2019 anthem)” and others. In 2020 he is responsible for the official Intents anthem together with B-Front. Internationally, KELTEK has performed live in Australia, Chile, Singapore, Mexico, and every country in Europe. He has also appeared in other big shows such as Qlimax, Defqon.1, Tomorrowland, Intents, Reverze, Airbeat One, Electric Love and The Qontinent.