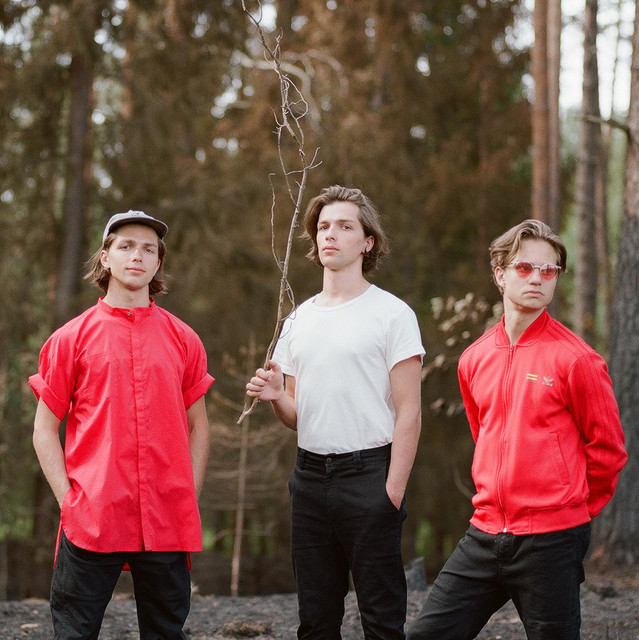 Latvian indie trio Carnival Youth is one of the most successful new generation bands from the Baltic region, as endorsed by The European Border Breakers award they received at Eurosonic 2016. They fuse neat melodic lines with the energy of alternative rock and indie music, while their emotion range varies from youthful melancholia to pure, bright joy. The five records Carnival Youth have released since formation in 2012 and their dynamic live performances have granted the band a growing fan base all over Europe and critical acclaim. The latest album Good Luck was recorded in Red Bull Studios in Sao Paulo, Brazil. It’s produced by Gatis Zakis and mixed by the Grammy-winning producer Nicolas Verhnes, who has previously worked with Animal Collective, Deerhunter, The War On Drugs and others. Master was done by Greg Calbi at Sterling Sound in NYC and his work includes artists like The National, MGMT and Arcade Fire. Carnival Youth have played at many festivals and showcases, like SXSW, Mondo.NYC, M for Montreal, The Great Escape, Sziget, Positivus, Open’er Festival, Reeperbahn, NME Club Night and others. Radio personalities like Lauren Laverne, Steve Lamacq, Chris Hawkins (BBC 6 Music) and John Kennedy (XFM) have played the band’s tracks on their radio shows. Several songs have charted in German and Latvian radio stations. No Clouds Allowed and Propeller have had campaigns on USA and Canada college radios via Planetary Group and Propeller charted on CMJ chart 80.