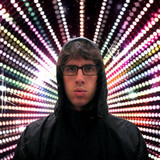 Philly-bred, San Francisco-located producer Yameen has held several aliases, but one thing that has remained constant is his powerful fascination with all things music-related. Even as a child, he was sneaking tape recorders into school or onto the bus, always on the hunt for new sounds to capture. Then, as a teenager (and known as Stinke), he was the Webmaster for the Hieroglyphics.com site and essentially wrote the blueprint for indie hip-hop on the Web, garnering praise as one of URB magazine’s Next 100. His music production debut came under the moniker SupremeEx, and his work with Tajai of Souls of Mischief garnered hefty critical praise for its high quality as well as its integration of multimedia to enhance the music’s concept. In 2008 — under his given name Yameen — he released his debut solo album, "Never Knows Best", moving away from the highly conceptual work of the past and focusing more on creating great music with an impressive roster of guest stars including Lady Alma, Shock G of Digital Underground, Georgia Anne Muldrow and more. A remix album and EP followed in 2009 and 2010, respectively, affording Yameen the chance to work with some of his favorite producers including Blockhead, Mark de Clive-Lowe, and Mike Ladd. 2014's "Come On & Go Off" saw Yameen take a hard right turn into the realm of Hip-House; a genre of music seldom heard nowadays, but very close to Yameen's heart. "Diamond is Unfadable" is the latest from Yameen and available now on Spotify.