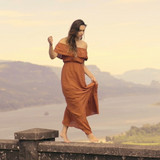 bunch of Creators and Musicians merited in a collaborators pandemic Satellite Connection, lead by Kid Charlemagne and supported by the Blue House Music Management. After the “No Vacancy Amigos” release in June, the feature of Mr. Harvey with the classic 1938 written pop tune “You Go To My Head” sees the Light of a hot July Summer Day. The song is dressed in a Reggae Costume and shows on YT snapshots of Mr. Harvey cruising the world and Dj'ing his thing. Make sure to subscribe, hit the like button, thumbs up and do all the good stuff in your life. Peace & Good Sounds Klintmoor About our debut release on April 1st 2021 “Tonight I Drink Alone”: It´s an original song and you´re right when you say it sounds a bit jazzy, it’s based on the Great American Songbook. The second release on May 28th was a Latin Mix of the same song remixed here by Jerry Ropero and Dany Cohiba …which comes along with a Cool ‘YouTube’ Dance Video. We are continuing our work on Future Single Releases as well as an Album to be released towards the end of the year and we’d really love to see you to following us on this Journey. The Studio Musicians on the smooth swing recording are: Guitar and Vocals: Carlo Thurau Saxophone: Fabian Hernandez Piano: Pier Luigi Salami Bass: Kostas Patsiotis Brushes: Alfons Rode