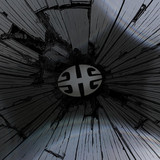 Formed in London during the early 1990s, the band's core members Jake Wherry and Ollie Teeba were inspired by soul, funk and the hip hop emerging from America. At the time, they didn't know any rappers so they made up for this missing element by adopting an extra ingredient to fill the absence; a widescreen cinematic feel born of vivid imagination. The Herbaliser were signed to Ninja Tune in the mid 90s, releasing their first EPs and the album 'Remedies', in 1995. With their distinct sounds and visual identity The Herbaliser quickly garnered huge audiences worldwide as one of Ninja Tune's leading lights.  In between recording five albums for Ninja Tune, one for K7, one for their own label and touring the globe (including repeat journeys to the USA and Canada, mainland Europe and Australia), they also managed to record a live album, a library music album project and several DJ mixes. Of the latter, their efforts for Ninja Tune and Fabriclive's series were singled out for high praise. With the release of their 2018 album 'Bring Out The Sound' on BBE Records, The Herbaliser finally link with UK hip hop’s roots - they have been able to call upon their sometime stage collaborator Rodney P (from The London Posse) to feature as their guest studio vocalist. The Herbaliser return again, as indefatigable as ever, with their unique, cinematic take on hip hop and their ever popular live spectaculars. It's been a while in coming, but it's once again time to Bring Out The Sound