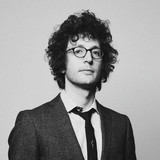 Rob Moose is a string arranger, music director, multi-instrumentalist and conductor based in Brooklyn. He first came to prominence as a member of Bon Iver, with whom he won two Grammy Awards in 2012. Since then, his arrangements have been featured on tracks by Paul Simon, Alabama Shakes, John Legend, Taylor Swift, Sara Bareilles, The Killers, Kesha, Moses Sumney, FKA Twigs, Haim, Jose Gonzalez, and Regina Spektor, as well as the Grammy Award-winning "High Wide and Handsome" by Loudon Wainwright III. Increasingly active as an orchestrator, Rob's credits include Antony & the Johnsons, Sufjan Stevens and the Kennedy Center Opera Orchestra, Laura Marling and 12 Ensemble for BBC Proms, Amos Lee and the Colorado Symphony and frequent collaborations with the National Symphony Orchestra for Ben Folds' DECLASSIFIED series. In addition to his work as an arranger and recording artist, Rob is a co-founder of yMusic, a sextet that has played at Carnegie Hall, won Time Out NY’s classical album of 2011, and been hailed by Performance Today’s Fred Child as “one of the groups that has really helped to shape the future of classical music.”

In 2019, he music directed Sara Bareilles' US tour for "Amidst The Chaos," making guest appearances at Madison Square Garden and The Hollywood Bowl.