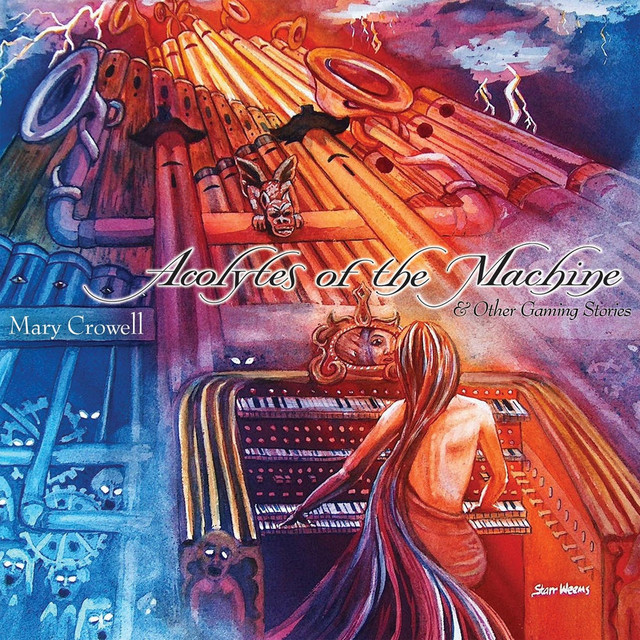 Dr. Mary Crowell is an award-winning musician from north Alabama who writes songs about Dungeons & Dragons, mythology, and stories. She teaches piano, music theory, composition and loves jazz and blues in particular. She may be seen at general science fiction conventions as well as more specialized filk conventions performing and accompanying concerts on piano and occasionally clarinet. In 2017 she joined a group of song writers that have challenged themselves to write a song per week. (So far, she hasn’t missed a week!) She also participated in FAWM (February Album Writing Month) for the first time in 2017. In 2007 Mary released her first album Courting My Muse, recorded with Greg Robert. Courting My Muse is available online at Bandcamp, CDBaby, iTUnes, and Amazon. Recent projects include Third Thyme's the Charm, a Three Weird Sisters album which released September 1, 2012 and a second solo album; Acolytes of the Machine & Other Gaming Stories in late October of 2012; Play It With Moxie Live! (2012); a Play It With Moxie jazz album and most recently Scattering Seeds on the Pomegranate Tour (2017). Both Acolytes of the Machine & Other Gaming Stories and Scattering Seeds on the Pomegranate Tour were recorded at Mystic Fig Studio with Jeff Bohnhoff. Mary Crowell records and releases music from her home studio via her Patreon page as well. http://patreon.com/drmaryccrowell