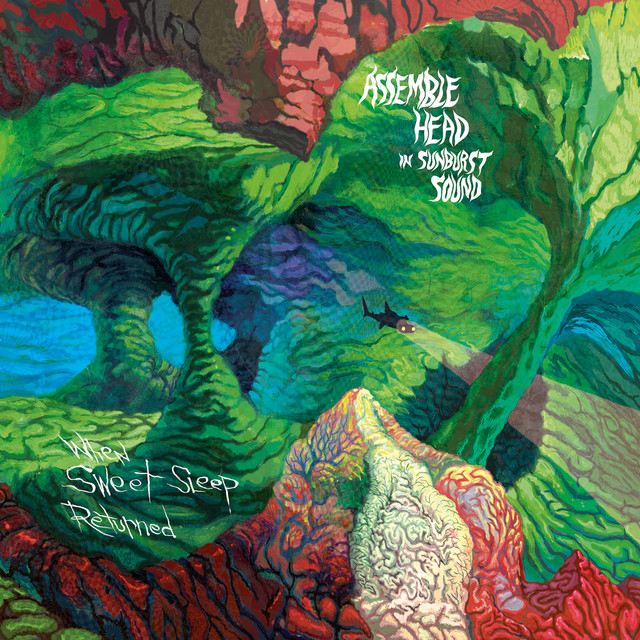 Taking their energy from just about every frenetic phase of the canon of rock and some blistering live shows, San Francisco's Assemble Head in Sunburst Sound emerged as a trio (Michael Lardas, Jefferson Marshall, and Charlie Saufley) from the West Coast in the early 2000s, and would soon expand -- by the time of 2009's When Sweet Sleep Returned -- to a seven-piece, featuring a bevy of multi-instrumentalists (Anderson Landbridge, Camilla Saufley) and harmony vocalists (Sleepy Sun's Brett Constantino and Evan Reese). Assemble Head made their Tee Pee Records debut in 2007, with Tim Green (also of Earthless and Six Organs of Admittance production fame) manning the recording of that year's Ekranoplan. The modern psychedelic relationship between the newly expanded band (with the pair from Sleepy Sun there in a more temporary position) and Green would continue on the aforementioned When Sweet Sleep Returned, also a Tee Pee release. ~ Christopher M. True, Rovi