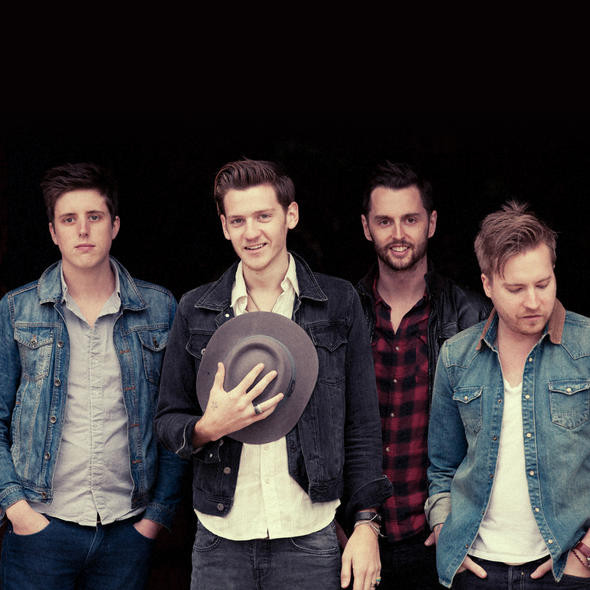 A Rocket To The Moon

Featuring A Rocket To The Moon

Rooted in the tradition of late-'90s alternative rock and the pop-influenced sounds of emocore, A Rocket to the Moon were formed in 2006 in Braintree, Massachusetts. Essentially the brainchild of Nick Santino, the group started off as a solo project, with Santino handling all the instruments himself and functioning as a one-man band for two years. After releasing a pair of independent records, Santino signed with Fueled by Ramen and began touring with the label's roster of emo-pop bands; he also pieced together a proper lineup to help play the material in a concert setting. As a result, Rocket to the Moon morphed into a full-fledged group with multiple members, and the group made its official debut with On Your Side, which was released in October 2009. Four of the album's songs were later re-recorded in different arrangements for the Rainy Day Sessions EP, which featured the female country duo Larkin Poe on each track. In 2013, A Rocket to the Moon returned with the country-tinged Wild & Free. ~ Chris True, Rovi