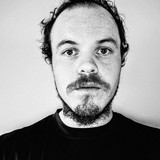 in March 2017 on Gypsy Soul Records after having played drums for half a decade in award winning Raggae/ Rock band Staylefish. Porter's debut went on to chart 3 times in the top 30 on the Canadian Earshot Charts and was added to 15 stations. Jonny Porter having struggled with Heroin addiction is now devoting his musical talents to trying to bring awareness to the Opiate Epidemic in North America, and educating anyone who will listen about the dangers and lifestyle that come with such a disease. Through out his musical career Porter has toured extensively having played shows across Canada and the United States, including the 2009 Warped Tour, and has shared the stage with KO, Rik Emmett of Triumph, John Wozniak of Marcy's Playground, Todd Kerns of Slash, The Wild!, Spenny of Kenny Vs. Spenny, Five Alarm Funk, Redlight King, and more. Don't forget to pick up or stream Jonny Porter's September 29th 2020 release. On February 9th, 2021 Jonny Porter releases a brand new single 'Almost at Heaven," which shows his mastery at the craft of songwriting. It's a beautiful song about the power of grief and navigating your way through a near death experience. Heaven or Hell, you decide. www.jonnyportermusic.com