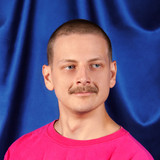 Jonah Richard Guimond was 11 years old when he found a guitar in his parents' closet and unwittingly became P'tit Belliveau. Since then, the singer-songwriter from the small francophone community of Baie Sainte-Marie, Nova Scotia, has tackled music with never ending candor and an unconventional spirit. In 2020, with the help of producer Emmanuel Éthier, he released Greatest Hits Vol.1, an undeniably rich debut album that earned him the awards for Breakthrough Artist of the Year at the GAMIQ and Best Album Production (with Éthier) at the ADISQ Gala, as well as a nomination on the Polaris Music Prize Long List. In 2021, the multi-instrumentalist released a tribute EP to the late Baptiste Comeau. Now, with a flourishing artistic background and a very promising approach to music production, P'tit Belliveau will launch his second full-length album in 2022. Music took root in his heart thanks to Baie-Ste-Marie’s local community radio station, where he gathered the first snippets of what would become his style. They often played DIY songs, which influenced P’tit Belliveau’s own lo-fi sounds, along with his desire to put drum machines front and center in folk/bluegrass songs. P’tit Belliveau is the guy-next-door who will spin a tale about everyday life like nobody else. The singer-songwriter stands out with his unique brand of electro-inspired country-folk music and his cassette tape aesthetic.