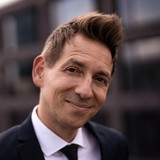 Many dreams came true when soul singer VLADA recorded his debut album All About You with some of his biggest heroes, such as

Take 6, Kirk Whalum, Abraham Laboriel, Vinnie Colaiuta, and Paul Jackson, Jr. But let’s go back a few decades: Born in Switzerland to a Serbian family, VLADA was fascinated with all things groove from an early age. Soulful black sounds by Stevie Wonder, James Brown, Aretha Franklin, and Prince made him move inside and out. They made him sing and write his own songs, too, which by God’s grace led to the aforementioned and acclaimed album All About You (2010) – a unique blend of soul, funk, gospel and pop featuring an all-star cast that surpassed VLADA’s wildest dreams and that got him radio airplay and TV appearances in the USA and in Europe. After living in New York City and Nashville as a musician for five years, VLADA moved back to Switzerland to pursue the love of his life. Regarding his upcoming albums LOVE and LIFE, VLADA says, “I had intended to release these songs for many years! But life got in the way, I got married, had three kids and put my music career on the back burner. It’s a miracle that I could record 15 songs last summer with an international dream band which also features my friends from NYC, the Chops Horns (Alicia Keys), sax maestro Mark Douthit (Nashville) and the Odyssey String Orchestra (South Africa). May these songs about the highs and lows of life encourage people, give new hope and joy and make them sing and dance!”