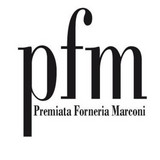 Throughout the late '60s and early '70s, Premiata Forneria Marconi worked from their Italian homeland under the moniker of I Quelli. Their first album under the new name was Storia di un Minuto. They followed that one rather quickly with Per un Amico, which caught the attention of ELP's Greg Lake who invited them to visit London. During that visit, the group met Pete Sinfield (King Crimson, Roxy Music). Sinfield was so taken with the group that he decided to come on board writing lyrics and producing them. The result of that collaboration was Photos of Ghosts, but it was really only an English reworking of Per un Amico. Due to difficulties the British press was having with the name of the group, it was then shortened to PFM. The group released a true third album in L'isola di Niente. When it was set loose upon England, it was entitled The World Become the World. In the mid-'70s, Cook, a live album was released. It was renamed Live in U.S.A. for its Italian release. Their next release, after extensive touring and a short break, was Chocolate King. It became the first album to only feature an English version, the group having had done both English and Italian renditions of previous releases. The album, although not a huge commercial success, did generate enough interest to sign the band to Elektra Asylum Records. The next album, Jet Lag, was released in 1977 and was the last U.S. release, as they decided to return to Italy to concentrate on their home roots. They released Passpartù as the first album in their new homeland adventure. They eventually hooked up with RCA Records and released Suonare Suonare on that label. They followed that up with Come Ti Va In Riva Alla Città. The group waited about ten years before doing another album, with Ulisse coming in 1997. 2000 saw the release of Serendipity. ~ Gary Hill, Rovi