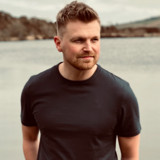 Award-winning Irish singer/songwriter Lee Matthews is a well-known name on the Irish music scene. In more recent time's Lee has become a popular figure in Country Music, having great success with several Number 1 albums and singles to his name. In the past, Lee, a member of a boyband, shared the stage with the likes of Westlife, McFly, The Sugababes, and with a post-pop solo career, even recorded a video and song with Snoop Dogg and American R&B pop star Iyaz. Over the past seven years, Lee, with his young, energetic five-piece band, has become one of the most sought after acts for festivals and events across the country and beyond; playing a variety of music including all the country hits like "The Farmer Wants A Wife" which Lee performed live with his band on the "Late Late Show" in 2017. Lee's growing Youtube and Spotify Streaming fanbase tells a story on its own with tens of millions of views and streams combined.