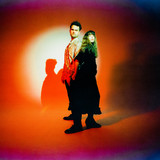 After writing hundreds of songs together, Ferris & Sylvester have evolved their sound into a distinct combination of Blues, Americana and Rock n Roll, sitting them somewhere between Alabama Shakes, Jack White and First Aid Kit. The British duo's much anticipated debut album 'Superhuman' is set for release 11-Mar-22 and is available to pre order. The 12 track album takes the listener on a journey through the duo’s world where genres intertwine and emotions are stripped down to their core. Since meeting as solo musicians at the London Blues joint Spiritual Bar, F&S have released a collection of singles and EPs, a lot of which they recorded in their South London flat. Their raw and honest songwriting about their life together earnt them a place in Rolling Stone’s ‘Top 10 Americana Acts You Need To Know’, a place on BBC Introducing's 'Best of 2020' list and the Emerging Artist Award at The UK Americana Awards 2020. Their music has taken them around the world, playing over a hundred shows a year including Glastonbury, SXSW and Americanafest. They have shared the stage with the likes of Robert Plant, George Ezra and Jade Bird, winning over audiences and building a loyal, mighty fanbase. This past year, the duo have explored new territory in lockdown and set up a studio, focusing on their own songwriting and collaborating with other artists. With their debut album ready for lift off, Ferris & Sylvester enter this new era with a renewed sense of confidence, self knowledge and drive.